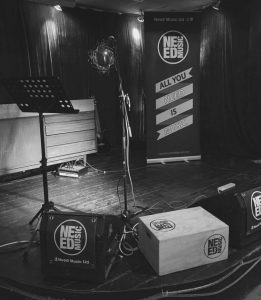 Picking good song choices and having a good setlist for your gig is vital to successfully gaining new fans.

As always, this advice is based upon coordinating over 1.000 gigs in the North East of England. This advice may not apply to everyone. We’re also focusing mainly on cover songs too.  If you only do originals then please leave a comment below and we’ll steer you in the right direction.

The best piece of advice for a new musician is to look at the age-range of your audience. Playing the latest George Ezra hit will go down a storm  in the student union bar, but less so in a Northumbrian village pub. Also, playing your favourite band’s songs is all well and good, but if the band is for example, The Cooper Temple Clause then the likelihood is no one is going to know what you’re playing! The key thing to take from this is, playing songs people know is going to win the audience over and make your gig a great experience. Engaging the audience will make a great atmosphere, and hopefully lead to more gig bookings. Also remember that if you are looking to get  paid gigs, the promoter or venue will generally only book musicians who play crowd pleasers, so be prepared to sell out if you aim to make a living from live performance! Take a look at the illustration for some of the most popular songs played by paid musicians. Notice you probably know all of them, and so will the audience in any bar.

Here is some good advice from local musician Sam Thomas, who has residencies at some of the most exclusive bars in Newcastle.

And finally I think people feed off the passion and effort you put into a performance …..sing the song like you wrote it and the audience will listen to you like you did.

Do what you love and love what you do.”

So, taking Sam’s advice we would advise that you learn a song from every decade. This will PREPARE you for any situation. It’s easy enough to Google your options, based on the biggest selling artists of each decade. So for instance, you could cover the following acts to cover each decade of popular chart music.

By doing this you will be well-equipped for any venue. If you need any inspiration, take a look at what the other acts are playing at the live gigs. Failing that, raid your parent’s vinyl collection and see what they like. Feel free to leave a comment below with any questions, or tips we may have missed. Keep on rocking in the free world…